When we think about preserving humanity’s shared values and heritage for future generations, we often refer to analogue and traditional forms of knowledge and technology that have historical value, right? Well, have you ever realized that most of what humanity has created in the last centrury have been digital? GitHub Archive Program aims to preserve the open-source software heritage of the world for 1000 years to let future generations know what we’ve been up to.
Shelley 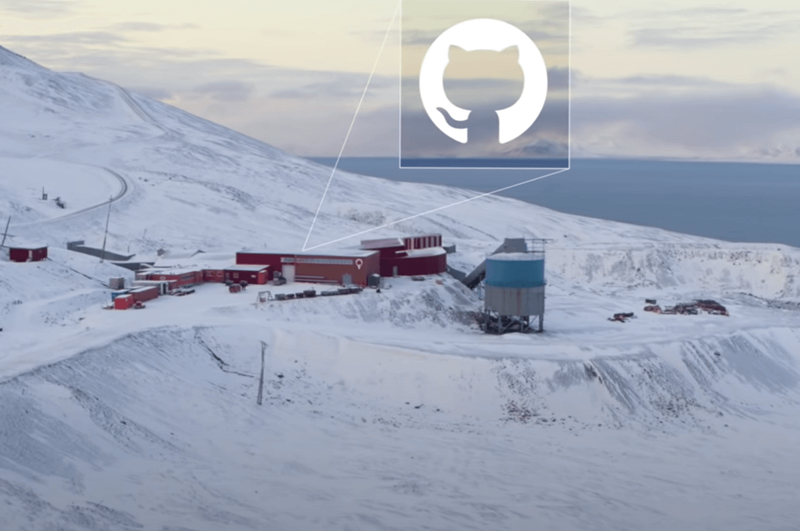 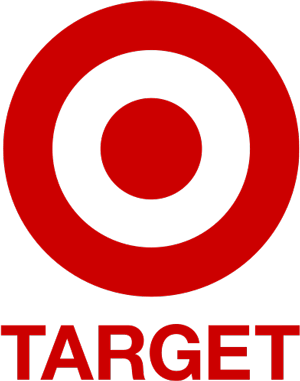 Before we talk about the GitHub Archive Program and the GitHub Arctic Code Vault, let’s talk a bit about what GitHub is. GitHub is an open-source and cloud-based storage service that allows teams of software developers to work on their projects in real time, which is key to facilitate teamwork and mitigate risk of losing progress. It’s safe to say that GitHub is a favorite among developers around the world since it allows for efficient teamwork, with no limit as to the number of developers or team members that can work on the same project. Plus, it’s open source.

First announced in 2019, the GitHub Archive Program aims to preserve open-source software for future generations, a bit like the Svalbard Global Seed Vault. The history of our planet is full of disasters and doomsday conspiracies. That’s why the Svalbard Global Seed Vault, a.k.a. Doomsday Vault, was set up in Norway in 2008 with the aim of preserving seeds from around the world for future generations.

The GitHub Archive Program aims to do the same thing, but with open-source software. The program aims to highlight the importance of open-source software created by thousands of developers around the world as one of the most astonishing creations of the humankind. The project underlines the fact that we know almost nothing about some of the key technologies and wisdoms that our ancestors used to survive and maintain their existence on the planet. So, that’s why this project aims to avoid the same mistake by preserving one of humanity’s best joint efforts and creations. Since 2020, 21 TB of open-source software have been stored under an old cold mine in the Arctic. According to Nat Friedman, the CEO of GitHub, open-source software is one of humanity’s best creations, just like literature or art. We don’t know how and when this software heritage can be of use for future generations, and that’s what makes the project even more amazing. It is truly exciting that we are able to store one of the best shared values of our generation for future generations by using top-notch data storage technologies, with no expectation of financial gain whatsoever.

How Open-Source Codes are Stored in the Arctic

The program’s emphasis on preserving open-source software as the shared heritage of all humanity for future generations is striking. But, that begs the question of how it is possible to preserve these “codes” in a primitive environment like the Arctic. Well, GitHub teamed up with a digital data storage and archiving company called Piql to transfer the codes on digital photosensitive archive films called piqlFilm. A total of 186 reels of piqlFilm were used to transfer 21 TB of open-source software. These films are made from polyester and silver halide and each frame contains 8.8 million pixels. Thanks to this film technology and the climatic conditions of the vault in the arctic, the open-source software will be preserved for 1000 years. 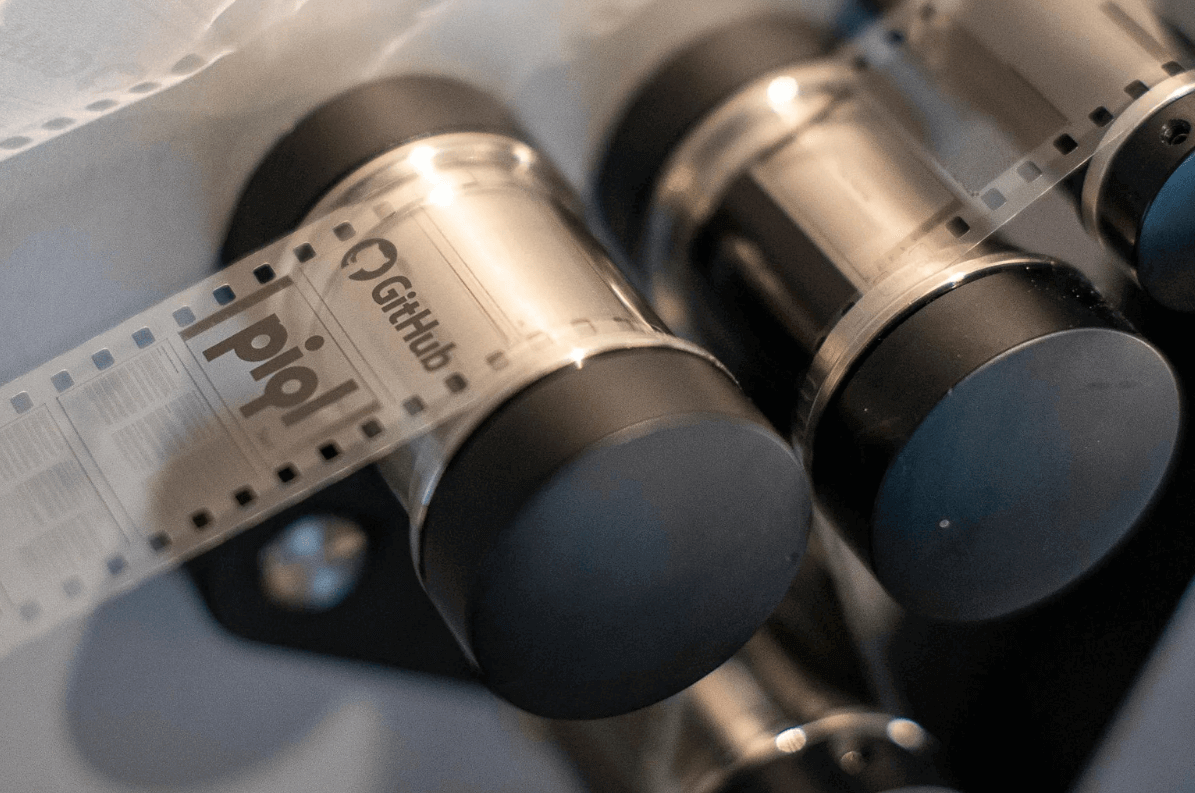 Where is the GitHub Open-Source Code Vault?

It is impossible not to be fascinated by the journey of these piqlFilm reels that are stored under a decommissioned coal mine, deep within the permafrost layer in the town of Svalbard. The thickness of the permafrost walls around the vaults where the high-tech archive films are being stored gets as high as 400 meters. The town of Svalbard is home to the GitHub Code Vault and the Global Seed Vault, but it is also the nethermost town of the world that has human settlement. The town is in the Arctic, 1000 kilometers to the north of the northernmost corner of continental Europe. Don’t be discouraged by the distance, though. It has recently been opened to visitors coming from the Schengen Area and the European Economic Area. 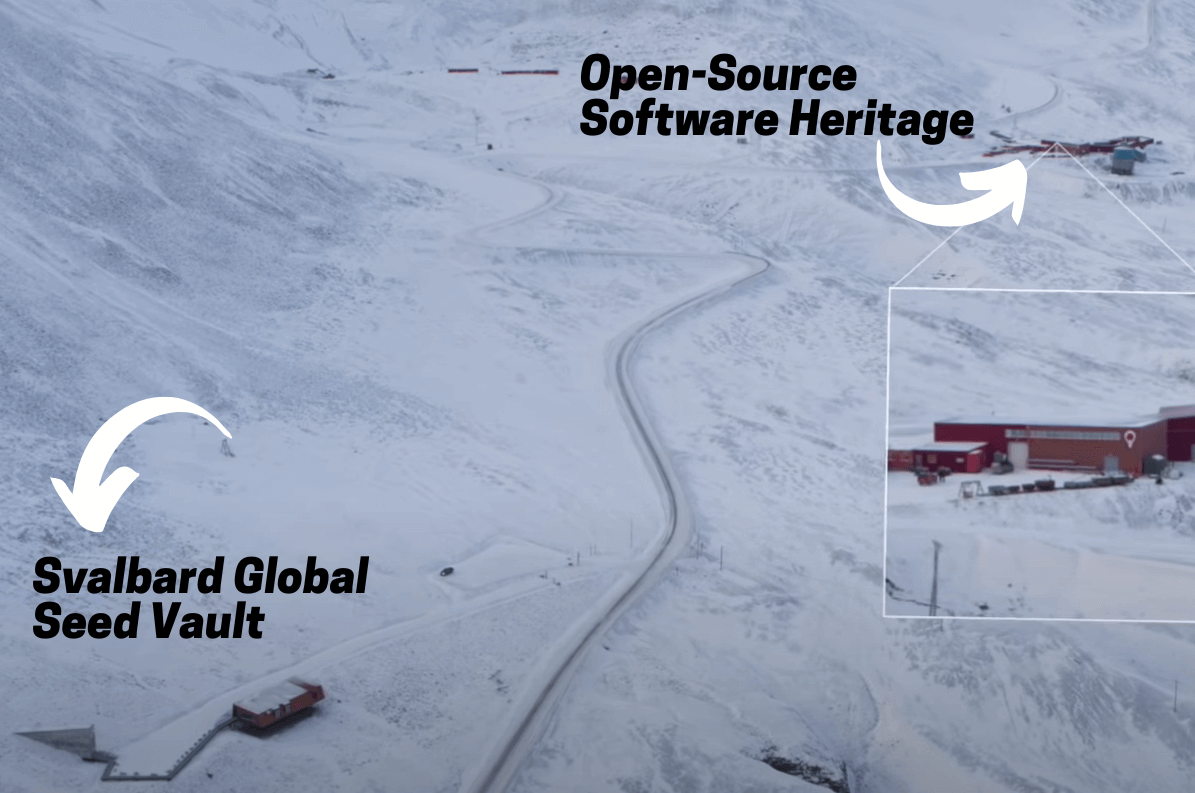 The GitHub Archive Program and the Arctic Code Vault are so important for humanity and our shared heritage. And we owe the open-source software, a.k.a. the greatest achievement of modern civilization, to millions of developers who have created it. That’s why GitHub offers a badge to all developers who contributed to the open-source software being stored in the vault to celebrate their contribution to humanity’s shared heritage. They can add this badge on your GitHub profile and share further information about their contribution the archiving scheme. The fact that GitHub celebrates the contribution of developers makes the project even more meaningful.